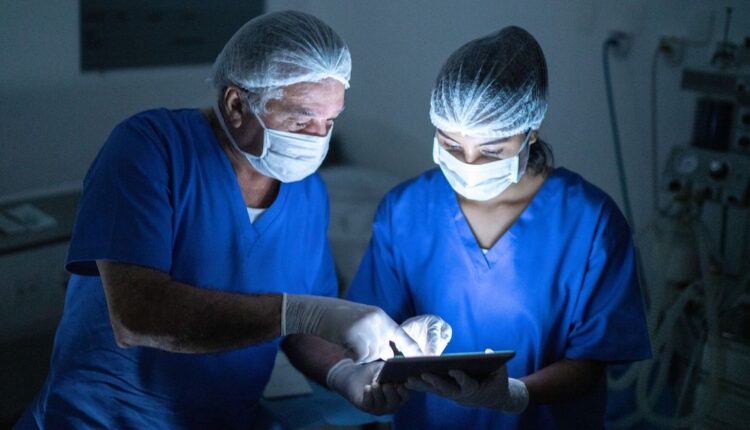 AI-backed imaging and care coordination company Viz.ai received FDA 510(k) clearance for an algorithm that could help determine the severity of a pulmonary embolism.

The startup received the agency’s green light late last month for its RV/LV ratio algorithm, which measures the diameter of the ventricles of the heart to provide the ratio of the maximum right ventricle diameter compared with the left ventricle. Determining the ratio could help identify right ventricular dysfunction in the heart, which can be a sign of poor outcomes.

“With this clearance, the Viz PE Solution now includes both detection of clot in the lungs and degree of strain on the right heart,” Dr. Kenneth Rosenfield, section head of vascular medicine and intervention at Massachusetts General Hospital and cofounder of the PERT Consortium, said in a statement. Viz.ai is a sponsor of the PERT Consortium, which focuses on research and care for pulmonary embolism.

“This will enable clinicians to quickly triage patients and treat them appropriately, by providing a powerful tool for early detection and risk stratification. This expedited critical decision-making will undoubtedly save lives.”

This clearance marks Viz.ai’s third 510(k) so far this year. In late July, it announced Viz Subdural had been cleared to flag potential cases of subdural hemorrhage. It also received a 510(k) in February for an algorithm designed to detect cerebral aneurysms.

Viz.ai most recently raised a $100 million Series D round that boosted its valuation to $1.2 billion. When the round was announced in April, the company said it would use the capital to fuel growth and add new triaging capabilities to its platform. Founded in 2016, Viz.ai has scooped up more than $250 million in venture dollars.

There are a number of companies focused on using AI to detect and triage potential health concerns based on imaging results. Earlier this summer, Aidoc raised $110 million in a Series D funding round to continue expanding its platform, which includes its AI tools and care-coordination software. It recently received FDA 510(k) clearances for tools to find and triage potential brain aneurysms and pneumothorax, or a collapsed lung.

In May, RapidAI received clearance for its own pulmonary embolism-focused tool. Other companies in the AI imaging space include Gleamer, Nanox and Qure.ai.