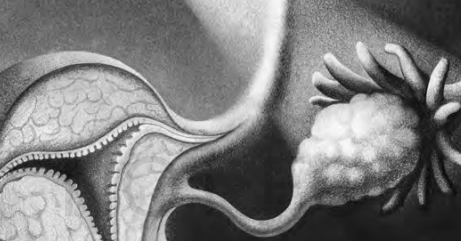 Your vagina is a mystery, an enigma, a world that has been largely uncharted, underestimated and misunderstood since the start of humankind. It holds more secrets than the Sphinx and can seem more distant than Mars, more unfamiliar than the ocean floor. Because, until recent decades — when people with vaginas have made painstaking headway into the realms of science and health — the pursuit of such knowledge has been left to men. To put it lightly, they blew it.

As Rachel E. Gross proves in “Vagina Obscura,” the impact of this neglect cannot be overstated. Taking readers on an expansive journey across continents, cultures, centuries and even species, Gross reveals a stunning disparity in Western medicine and academia: While huge amounts of money and dedication are poured into the understanding of penises, the female body is disregarded. Like lore, this misinformation and shame are still being passed down to girls today.

Gross experienced this “knowledge gap” firsthand at 29, when she was prescribed what was “basically rat poison” to treat a bacterial infection in her vagina. It was then that she realized “I knew almost nothing about how my vagina worked” — and that no one else really does either.

She cites Darwin’s journal entry declaring that a woman’s purpose was to be “a nice soft wife,” “an object to be beloved and played with. Better than a dog anyhow.” Freud, who admitted he knew little about womankind (that “little creature without a penis”), would influence gynecology through the 20th century, and even today.

Not until 1993 did a federal mandate require that “women and minorities” be included in clinical trials. Only in 2014 did the National Institutes of Health start a branch to study vulvas, vaginas, ovaries and uteruses. And in 2009, the bioengineer Linda Griffith opened America’s first and only lab (at M.I.T.) to research endometriosis. “My niece who’s 16 was just diagnosed,” Griffith says in the book. “And there’s no better treatment for her — 30 years younger than me — than there was for me when I was 16.”

In the 1980s, medical textbooks called endometriosis “the career woman’s disease” — language that had been recirculated for generations. A century earlier, coinciding with first-wave feminism in Europe, doctors — buttressed by Freud’s 1895 “Studies on Hysteria” — suggested that higher education and careers “might siphon blood from their uteruses to their brains.” In the 1870s, higher education was thought to “shrivel a woman’s ovaries and keep her from her motherly duties.”

Of course, the word “hysteria” — derived from the Greek hystera, or womb — has been used to degrade women for centuries, as one of the first mental health conditions attributed only to them. Gross adds to this history the recent argument that hysteria was endometriosis all along. If true, “this would constitute one of the most colossal mass misdiagnoses in human history,” according to a 2012 paper by Iranian endometriosis surgeons, one that “has subjected women to murder, madhouses and lives of unremitting physical, social and psychological pain.”

Gross takes on a herculean task, exploring female anatomy from a medical, social and historical perspective, in eight chapters ranging in topic from the glans clitoris to the egg cell to the vaginal microbiome. Some passages skew medically dense and might be wince-inducing for the squeamish. But Gross manages to make palatable the sawing of cadavers and the injecting of silicone into two-pronged snake vaginas, without undercutting the gravity of their resulting revelations.

She achieves this by way of personal stories, like those of Miriam Menkin, the first researcher to fertilize a human egg outside the body; the OB-GYN Ghada Hatem, who performs clitoral restoration surgery on women who have endured genital cutting; Aminata Soumare, a young Frenchwoman whose clitoris was excised when she was a baby in Mali; and the gynecologist Marci Bowers, who has elevated gender-affirming surgery to an art form, prioritizing the construction of a functioning, sensitive clitoris.

And it is no wonder that the clitoris has been “demonized, dismissed and left to the trash heap of history.”An organ that exists almost entirely beneath the body’s surface, it was termed “membre honteux,” or “the shameful member,” by a French anatomist in 1545. Because, extraordinarily, it is the only human organ whose primary function is pleasure.