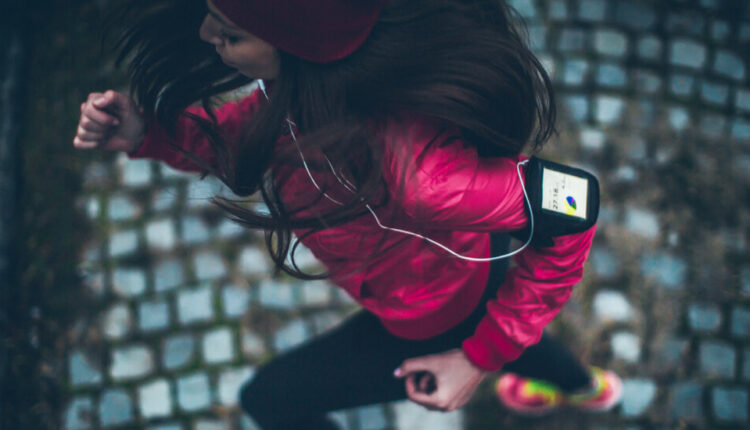 Make Exercise Easier By Focusing on Sights, Sounds Around You, Study Says


Then on subsequent lab visits, the women ran for six minutes at a time, running at about 70 percent of their top speed, while the scientists monitored their oxygen consumption, the amount of lactate in their bloodstreams and their feelings about the difficulty of each run. During one of these sessions, the women fixated intently on the muscles in their feet, as a way to turn their attention inward. During another, they counted steps, so their focus, while still on their body, was broader and more external. In a third run, they counted backward by threes, taking their minds off their bodies but not out of their heads. And finally, in a fourth session, they watched a video of a basketball game, a blunt distraction that pulled their attention completely away from running.

When the scientists then compared the women’s physical and emotional reactions to each run, they found that video watching easily bested body listening. The women consumed the least oxygen and produced the least lactate when they viewed basketball and were the most distracted. Their running, physiologically, was least taxing then. They also told the researchers that when they watched the videos, they felt the least strained. Their running felt hardest, on the other hand, when they paid attention to their muscles, with the other strategies falling in between.

In essence, the worst strategy for the runners was “thinking about their movements,” said Jared Porter, a professor of human movement at the University of Tennessee, who oversaw the new study. A much better option was to think of something — anything — else.

As is typical of exercise science, this study was small, and the Constrained Action Hypothesis remains only a theory. But as the current findings suggest, distractions are likely to make our running more pleasant and probably faster, Dr. Porter said. So, don headphones and stream music or podcasts (while still monitoring the human and vehicular traffic around you for safety, of course). Listen to birdsong or drink in the landscape as you run outdoors, or watch television as you jog on a treadmill.

“We were surprised by how significant the effects were” when people’s minds drifted away from their bodies, he said.

Many factors no doubt go into how effectively we perform in a sport and how much we might enjoy our workouts. This study looked at brief bouts of running by young, inexperienced female runners. It cannot tell us if the results apply equally to men, older people, longtime runners or people in other endurance sports, like cycling and swimming. “But there is no scientific reason to think they don’t,” Dr. Porter said.