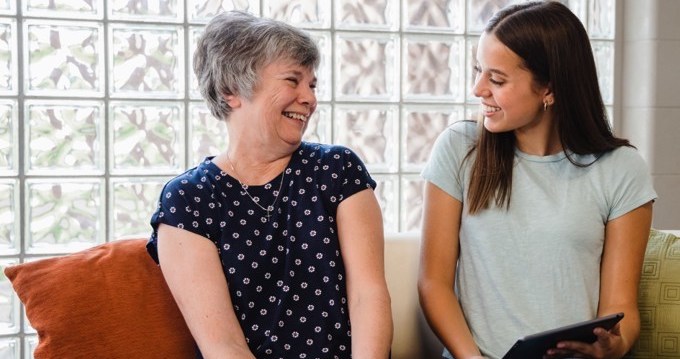 Aging tech company LifeBio on Monday released the LifeBio Memory app aimed at improving care and quality of life for seniors, especially ones with dementia or other cognitive issues.

The app allows older adults and caregivers to record stories and have conversations using prompts from the app about the senior’s life. They can also upload photos and access a care-planning document, which collects information about the senior’s experiences and preferences.

“We’re excited to officially announce LifeBio Memory, which revolutionizes person-centered care by addressing the health challenges of depression and loneliness, as well as truly engaging those with Alzheimer’s disease or mild cognitive impairment,” said Beth Sanders, CEO and founder of LifeBio, in a statement.

“Knowing who people are and providing a useful platform for connecting professional or family caregivers to older adults addresses these key issues that cost Medicare more than $214 billion annually.”

LifeBio is pitching its app as a way to improve the mental and social health of older adults with memory issues.

Isolation and loneliness can have serious health impacts on seniors. A report from the National Academies of Sciences, Engineering and Medicine found one-fourth of adults ages 65 and older are considered to be socially isolated, which can increase the risk of dementia and premature death.

Loneliness also correlates with higher rates of depression, anxiety and suicide, and poor social relationships are associated with increased risk of physical illnesses like heart disease and stroke.

Senior care is a growing field for digital health, particularly as the proportion of older adults in the U.S. continues to grow. The Census Bureau predicts adults over 65 will outnumber children under 18 by 2034.

Another company that aims to improve social relationships for older adults is Papa, which pairs seniors with helpers for companionship and everyday tasks. The company recently partnered with Uber Health to increase seniors’ access to transportation.

Other companies focusing on senior health and wellness include Lifespark, which announced last week it had raised $20 million in Series B funding; retail giant Best Buy, which recently announced it plans to acquire home care and remote-monitoring platform Current Health; and Amazon, which is launching services for its Alexa voice assistant in homes and senior living facilities.