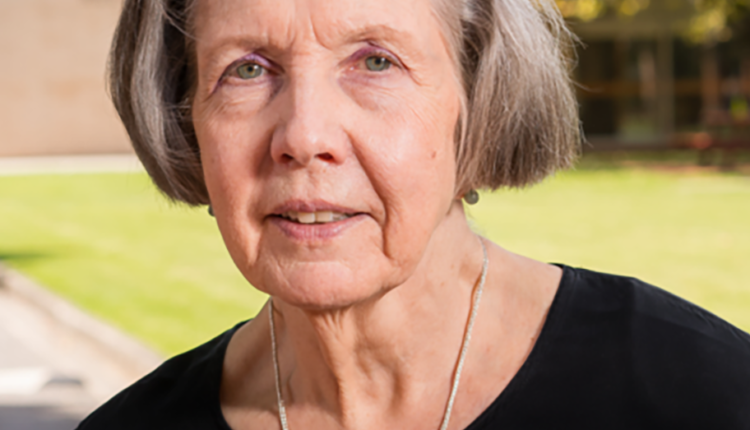 
Kristine Gebbie, a health policy expert who served as the nation’s first AIDS czar in the early 1990s, died on May 17 in Adelaide, Australia. She was 78.

The cause was cancer, her daughter Eileen Gebbie said.

After serving as the chief health officer for the states of Oregon and Washington and as a member of two national panels, formed by President Ronald Reagan, seeking to cope with the emergent AIDS epidemic, Dr. Gebbie, a nurse, was recruited by President Bill Clinton in June 1993 to fulfill his campaign promise that he would make the disease a public health priority.

He named her national AIDS policy coordinator to devise prevention strategies, offer resources to states and communities to establish their own programs, and reconcile the efforts of federal agencies, including the Centers for Disease Control and Prevention, the Public Health Service and the National Institutes of Health.

Several more prominent candidates had already rejected the job, and Dr. Gebbie accepted it with no illusions. While the appointment made her a member of the president’s Domestic Policy Council, her office never achieved the stature or effectiveness that AIDS activists had hoped for.

She favored supplying clean needles to drug addicts, distributing condoms to sexually active teenagers and incorporating AIDS education into health curriculums, even for young children. Many conservatives opposed those positions, as they had opposed her previous criticisms of the Reagan administration’s proposal for routine testing of applicants for marriage licenses, federal prisoners and certain other groups.

“You don’t talk to them about safe sex,” Dr. Gebbie said, “but you teach them that their body is something to take care of, and that viruses can mess it up.”

Federal spending on AIDS increased under Dr. Gebbie’s watch, and her appointment was announced in a Rose Garden ceremony, but she did not work from the White House; her office was in a building across the street that also housed a McDonald’s.

“My guess,” she told The New York Times in 1993, “is that the choice of me makes clear that this isn’t intended to be somebody who spends all their time outside rousing people up, but somebody who is prepared to spend a lot of time inside making it work.

“It’s very clear how many people really did expect miracles,” she added. “When I give what I know are appropriate answers, I know I sound like a bureaucratic stick-in-the-mud: ‘This lady is not worth two bits to us; she talks about coordination and cooperation. Blah!’

“But part of my mission,” Dr. Gebbie continued, “is to help people keep their expectations within reality.”

Several AIDS activist organizations demanded that she be replaced, and she did not last long in the job; she resigned after 13 months, in July 1994.

During Dr. Gebbie’s tenure, President Clinton said in a statement at the time, the federal government had increased funding and other resources “for prevention and research, sped the research and approval process for new drugs and required every federal employee to receive comprehensive workplace education.” He thanked her for giving “this vitally important battle a lift when one was desperately needed and long overdue.”

Kristine Elizabeth Moore was born on June 26, 1943, in Sioux City, Iowa, to Thomas Moore, a career officer in the Army, and Irene (Stewart) Moore, who worked for the U.S. Fish and Wildlife Service.

She moved from Panama to the Philippines to New Mexico as her father was redeployed in the military; she was also raised for a time by her maternal grandparents in Miles City, Mont. She was inspired by an aunt, Susie Stewart, to enter nursing and worked as a nurse’s aide in high school.

She served as the Oregon State health administrator from 1978 to 1989 and the Washington State secretary of health from 1989 to 1993.

As an epidemiologist and an authority on emergency preparedness, she was a member of the AIDS task force for the American Association of State and Territorial Health Officials and was later enlisted by Reagan’s White House AIDS Commission, even though she had criticized the Reagan administration’s response to the epidemic as inadequate.

She was a professor of nursing at the Columbia University School of Nursing and director of Columbia’s Center for Health Policy from 1994 to 2008. She was dean of the Hunter-Bellevue School of Nursing from 2008 to 2010.

She taught at Flinders University’s Torrens Resilience Initiative and the University of Adelaide Nursing School in Australia, where she had moved with her husband, Lester Nils Wright, a physician, and where they both retired. Dr. Wright died last month.

Her first marriage, to Neil Gebbie, ended in divorce. In addition to her daughter Eileen, she is survived by two other children from her first marriage, Anna and Eric Gebbie; her stepsons, Jason and Nathan Wright; her sister, Sina Ann; 10 grandchildren; and one great-granddaughter.