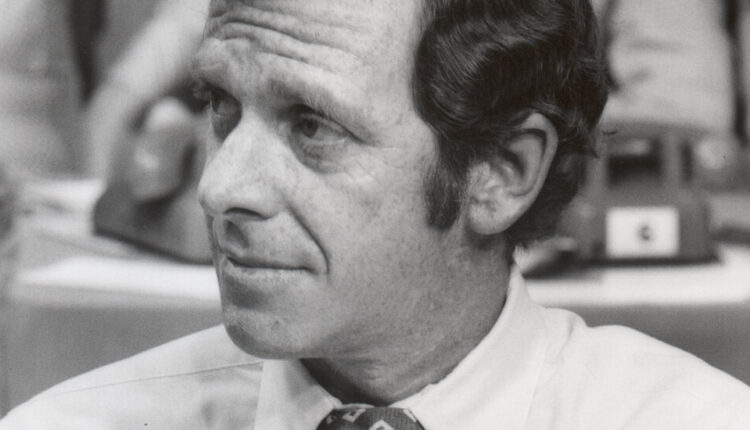 
Jack Willis, a journalist and television executive who won several Emmys and a Polk Award for his innovative films and news and documentary programming during the embryonic years of cable and public broadcasting, died on Feb. 9 in Zurich. He was 87.

He underwent assisted suicide at a clinic there, his wife, Mary Pleshette Willis, said. He lived in Manhattan.

When he was in his late 30s, Mr. Willis broke his neck in a body surfing accident that temporarily left him a quadriplegic before he miraculously recovered, his wife said, inspiring a television movie. But after a half century, the injuries were taking their toll. Six years ago, he broke his hip and began using a wheelchair, she said.

From 1971 to 1973, Mr. Willis was director of programming and production for WNET, the public television station in New York, where he introduced innovative local news coverage as executive producer of “The 51st State,” a program that took its name from the zany 1969 mayoral campaign of the author Norman Mailer, who proposed that New York City secede from New York State.

The program, which won an Emmy Award, focused on communities rather than the more traditional fare of the nightly local news.

“He pioneered in-depth local coverage of New York’s outer boroughs on WNET, focusing on long-ignored and disenfranchised minorities and immigrants, often letting them speak for themselves,” said Stephen B. Shepard, former editor in chief of Business Week and founding dean of the City University of New York Graduate School of Journalism. “For Jack, it was always about the people affected by government decisions.”

Mr. Willis was an executive producer of another Emmy-winning series, “The Great American Dream Machine,” a weekly 90-minute program on PBS. The television critic John J. O’Connor of The New York Times, writing in 1971, said the program had been conceived as “a free‐form program that could offer the viewer worthwhile bits and pieces of humor, controversy, entertainment, investigative reporting, opinion, documentary and theatrical sketches.”

“It has been called a hodgepodge of the brilliant and the trite,” he added, but concluded that it was “one of the most exciting and imaginative segments of television to come along this season.”

Looking back, Mr. Willis himself told The Times in 2020: “It was a great time in public television. If you thought it, you could do it.”

In 1963, he directed his first documentary, “The Streets of Greenwood,” a 20-minute film about a voter-registration drive in the Mississippi Delta. Collaborating with two friends, Phil Wardenburg and John Reavis, Mr. Willis shot it with a camera he had borrowed from the folk singer Pete Seeger, whose concert in a cotton field was featured in the film.

In 1979, Mr. Willis shared the George Polk Award for best documentary with Saul Landau for “Paul Jacobs and the Nuclear Gang.” The film focused on the journalist Paul Jacobs’s investigation of radiation hazards from atomic testing in Nevada in the 1950s and ’60s and the federal government’s efforts to suppress information on its threat to public health.

Two other films he produced — “Lay My Burden Down” (1966), about the plight of tenant farmers in rural Alabama, and “Every Seventh Child” (1967), questioning tax subsidies and other government benefits for Catholic education — were shown at the New York Film Festival.

Mr. Willis’s commitment to civil rights was reflected in his enduring friendship with the singer Harry Belafonte, an activist in the movement, who described Mr. Willis in an email as “a soul brother” whose “intellect and humor, combined with his courageousness, make him one of the most precious people I have ever known.”

“For those on the political left,” Mr. Belafonte added, “he was living proof of the proverb, ‘You can cage the singer but not the song.’”

Jack Lawrence Willis was born on June 20, 1934, in Milwaukee to Louis Willis, a manufacturer of women’s shoes, and Libbie (Feingold) Willis, a homemaker. The family moved to California when he was 9.

He earned a bachelor’s degree in political science in 1956 from the University of California, Los Angeles, where he also played shortstop on the varsity baseball team. He liked to recall that he was recruited by a Boston Red Sox minor-league team.

Mr. Willis dropped out of U.C.L.A. School of Law to serve in the Army for two years, then graduated in 1962 and moved to New York, where he hoped to connect with a job teaching in Africa or the Middle East.

While waiting for a job abroad that never materialized, he worked briefly in television for Allen Funt’s “Candid Camera” and David Susskind’s “Open End.”

He ran a movie production company in California, then was hired as vice president for programming and production at CBS Cable, a short-lived but well-received performing arts channel.

From 1990 to 1997, Mr. Willis was president of KTCA, the public television station in Minneapolis-St. Paul, then returned to New York, where, working for George Soros’s Open Society Institute, he developed a media program. In 1999, he was a founder of Link TV, a nonprofit satellite TV network. He retired in 2011.

In addition to his wife, he is survived by their two daughters, Sarah Willis and Kate Willis Ladell; three grandchildren; and his brother, Richard.

Mr. Willis and his wife wrote a book, “… But There Are Always Miracles” (1974), about his body-surfing accident in 1969 off Southampton, N.Y. They had been planning to marry when a crashing wave broke his neck and left him paralyzed from the chest down. He was told he would never walk again.

After two operations and six months of inpatient rehabilitation, he walked out of Rusk Institute of Rehabilitation Medicine in Manhattan. The couple married a year later.

His story was adapted into a TV film, “Some Kind of Miracle” (1979), with a screenplay by the couple. They wrote and produced other films together.

Shortly before he died, Ms. Willis said, her husband told her that the accident had “taught me to put everything in perspective — including the fear of failure.” He admitted to no regrets, she said, “except,” she quoted him as saying, “for taking that wave and turning down the Boston Red Sox.”

Hack His Mind- Dirty Words to Make Him Yours