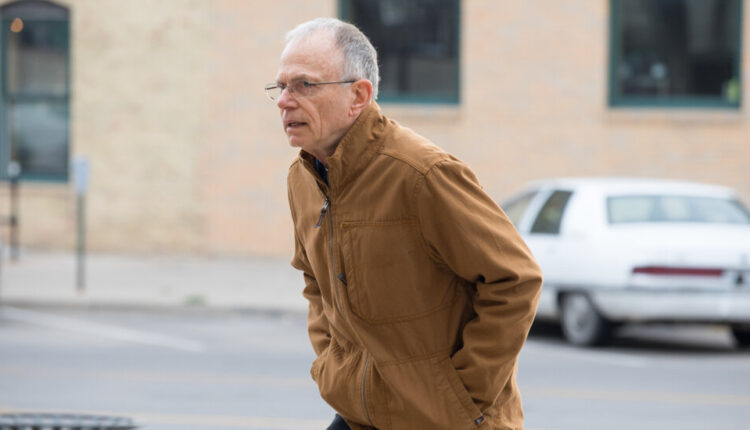 
WASHINGTON — An independent report commissioned by the Indian Health Service found that officials at the federal agency silenced and punished whistle-blowers in an effort to protect a doctor who sexually abused boys on several Native American reservations for decades.

At the same time, the report, written early last year but kept private until now, found that members of I.H.S. management “willfully ignored or actively suppressed any efforts to address the dangers themselves.”

The 161-page report by Integritas Creative Solutions, a consulting company, was obtained through a Freedom of Information Act lawsuit brought against the I.H.S. by The New York Times and later joined by The Wall Street Journal. It concludes that I.H.S. leaders went out of their way to ignore the allegations against Stanley Patrick Weber, the former physician, because addressing them would be “awkward, arduous, inconvenient, messy and embarrassing.”

The report’s release comes after a federal appeals court ruled last week that the I.H.S. had to release the independent assessment on how Mr. Weber, who worked as a pediatrician for the agency, sexually preyed on Native American boys for decades. The decision affirmed a lower-court ruling in The Times’s lawsuit seeking to have the report released to the public.

Mr. Weber is currently serving multiple life sentences after federal investigations in both South Dakota and Montana. He was convicted in September 2019 of committing sex crimes against boys as young as 9 between 1994 and 2011 at his home in Pine Ridge, S.D., and in 2018, Mr. Weber was convicted of abusing young boys in Montana.

The report recommends that the I.H.S. put in place whistle-blower protection coordinators at its 12 regional area offices and possibly at its 170 local administrative offices. It also calls for the agency to expand its abuse policies to address victims of all ages, not only those who are children, and to create an internal system that would track allegations of wrongdoing as well as all information learned during abuse investigations.

Jennifer Buschick, a spokeswoman for the I.H.S., said in a statement that the report shows that past policies and procedures for handling sexual abuse allegations made by patients led to decades of failures.

“The I.H.S. acknowledges the trauma suffered by the victims of sexual abuse within our agency is unacceptable,” the statement says. “These actions are reprehensible, and we sincerely regret the harm caused to those involved. We will do all we can to improve and sustain the culture of care throughout the I.H.S. The agency is committed to working with tribal and urban Indian organization leaders across the nation to ensure we can protect the health and well-being of every child.”

Based in Rockville, Md., the I.H.S. was created to carry out the government’s treaty obligation to provide health care services to eligible American Indians and Alaska Natives. The tribes agreed to exchange land and natural resources for health care and other services from the federal government. But the agency has long been plagued by insufficient funding and shortages of supplies, a lack of doctors and nurses, too few hospital beds, aging facilities, and mismanagement.

The blistering report included criticisms that serious allegations were badly documented and that records were poorly preserved by I.H.S. officials. The report also found that there were never any credible attempts by I.H.S. managers to investigate complaints brought by whistle-blowers.

The report states that management at I.H.S. facilities in Browning and Billings, Mont., and Pine Ridge and Aberdeen, S.D., had access to plenty of evidence, “some presented to them and some discoverable with the most modest amount of sincere inquiry,” to justify removing Mr. Weber.

“In a very real sense, every victim of Weber’s abuse at Pine Ridge was also a victim of the failures of I.H.S. management,” the report says.

The Blackfeet Nation in Montana was one of the tribal communities affected by Mr. Weber’s abuse. Chairman Timothy Davis said that in light of the report, the community is demanding an apology from the I.H.S. and more accountability for those who covered up the abuse.

“To allow this pediatrician to do this to our children for all these years is unforgivable and atrocious,” Mr. Davis said. “This guy was allowed to run rampant against our children for all those years, and was it was covered up by the administration of the Indian Health Service. They have to be held accountable for their grave misconduct.”

The agency awarded a $618,000 contract to Integritas Creative Solutions in May 2019 to investigate its handling of sexual abuse claims against Mr. Weber. It did so after a Wall Street Journal article detailed Mr. Weber’s crimes and the agency’s failure to stop them.

The I.H.S., which has 15,170 employees, most of whom work in its hospitals and clinics, has lacked consistent leadership since the Obama administration. Rear Adm. Michael D. Weahkee, a member of the Zuni Tribe, served on an interim basis from 2017 until he was confirmed by the Senate in April 2020.

He resigned at the start of the Biden administration. Elizabeth A. Fowler, a member of the Comanche Nation who is descended from the Eastern Band of Cherokee Indians, now serves as the agency’s acting director.