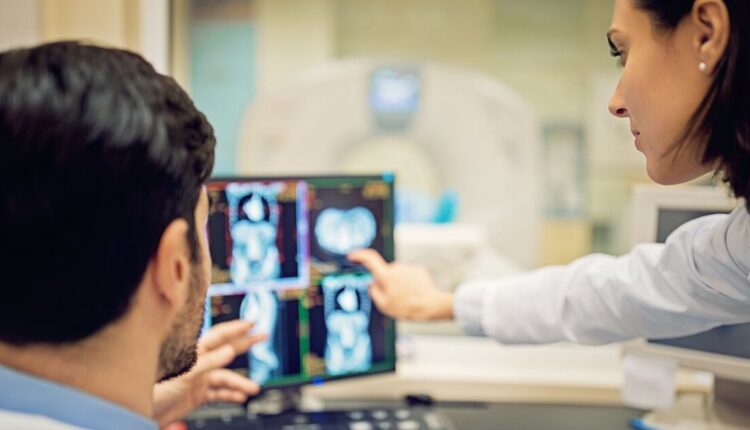 Fujitsu has teamed up with Southern Tohoku General Hospital in Fukushima, Japan for a joint research project to come up with an AI solution that detects pancreatic cancer from CT scans at an early stage.

According to a press release, the project will use Fujitsu’s AI tech, which has been trained with over 300 anonymised CT images of pancreatic cancer patients at Southern Tohoku General Hospital, to detect suspected parts of the pancreas affected by cancer.

The partners will apply the AI solution in clinical practice to spot typical signs of early pancreatic cancer, including hard-to-detect tumours and pancreatic duct dilatation, as well as cysts and local atrophy.

In Japan, pancreatic cancer patients have a lower survival rate than other cancer patients, according to a study by the Japanese National Cancer Center.

Fujitsu noted that pancreatic cancer is generally difficult to detect. Patients often do not notice symptoms due to the fact that the pancreas is located deep within the human body. Identifying early signs is also not an easy feat as it is hard to visualise the organ using simple imaging tests.

Fujitsu said developing a technology capable of detecting microscopic signs of pancreatic cancer will play a vital role in its early detection.

It is a goal of its research project to develop AI for detecting signs of pancreatic cancer not only from contrast-enhanced CT scans but also from non-contrast CT scans, which can help spot pancreatic cancer at an early stage, according to past studies of the Southern Tohoku General Hospital.

Meanwhile, the organisations will carry out clinical verification tests before introducing the AI solution for practical application sometime this year.

There have been initiatives to use AI in driving the early detection of pancreatic cancer.

In the UK, a group of researchers created an AI-backed model to scan patient records and predict people who are at risk of developing pancreatic cancer. Their study analysed over 1,000 patients aged 15 and above who were diagnosed with pancreatic cancer from 2005 to 2010 and looked for combinations that predict who is likely to have cancer.

Another research collaboration was signed last week between German medtech company Medi-Globe Group and the French Institut Hospitalo-Universitaire in France, which also aims to develop an AI-powered software for detecting pancreatic cancer from endoscopic ultrasound examinations.