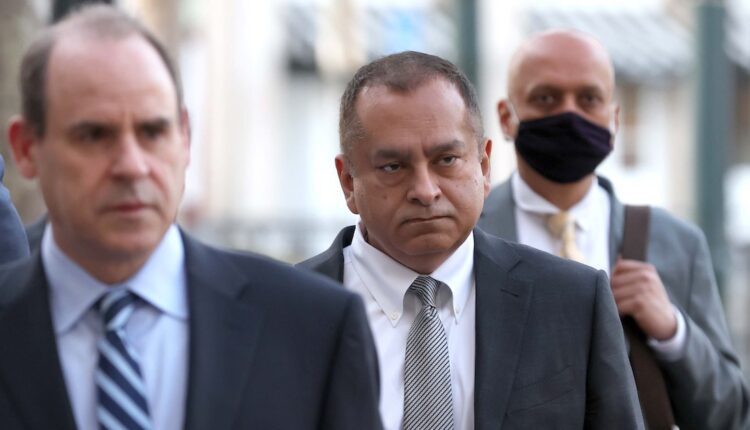 Balwani, who served as Theranos’ COO and president, was convicted on all 12 charges he faced, including ten counts of wire fraud and two counts of conspiracy to commit wire fraud.

The company’s former CEO Elizabeth Holmes, who was also Balwani’s ex-girlfriend, was convicted in January of conspiracy to defraud investors and three counts of wire fraud, though the jury found her not guilty on four other fraud charges tied to patients who had used Theranos’ tests. Jurors were unable to come to a verdict regarding three counts of defrauding specific investors.

Holmes and Balwani were initially charged together, but their cases were separated after Holmes alleged Balwani had abused her. He denied those claims, and argued she was to blame for the problems at Theranos during his trial.

Both Balwani and Holmes could face up to 20 years in prison, though she has already asked a judge to overturn her convictions. Holmes is due in court for sentencing in September.

Theranos was launched in 2003 and racked up huge numbers of investor dollars. But the vision of disrupting the healthcare industry with a full range of lab tests performed on a few drops of blood began to unravel in 2015 when the Wall Street Journal’s John Carreyrou began a series of investigative articles on the problems with the company’s tech. The company officially shut down in 2018.

Monkeypox Vaccine Rollout Is Marred by Glitches in New York