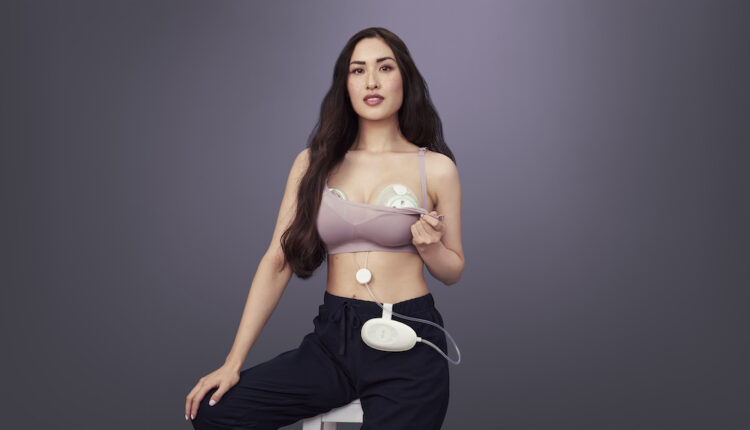 Elvie, a British femtech company, today announced the launch of its latest smart breast pump, which is covered by insurance, exclusively in the United States.

Called Elvie Stride, the new pump has many of the same features as the company’s other breastfeeding products, including wearable cups that collect milk in-bra, noise-reducing technology and a connected app that controls the pump and keeps track of user history.

What sets Elvie Stride apart is the option to get it for free or at a low cost by having it covered by insurance.

Elvie has partnered with a number of durable medical equipment providers to sell its new product. Interested customers can purchase the breast pump through one of Elvie’s DME partners, who will verify their insurance coverage and request a prescription from their doctor.

Although health experts like the American Academy of Pediatrics and the World Health Organization suggest that infants get breastfed for at least the first six months of their lives, many don’t get breastfed as long as recommended, according to the Centers for Disease Control and Prevention.

In fact, only about a quarter of infants are meeting those targets, according to CDC data from 2019.

Breast pumping is a popular alternative to direct breastfeeding, with 95% of breastfeeding moms saying they pump, according to a survey by the lactation pod company Mamava. They’re choosing this option to increase their milk supply and to allow their partner to feed the baby.

Getting a breast pump is easier now than in years past, thanks to the Affordable Care Act’s policy that requires insurance companies to cover breastfeeding supports. But since the ACA doesn’t offer specific coverage requirements, some insurers place limits on the type of breast pump they cover, the vendors they work with or whether it’s a rental or permanent unit.

By partnering with multiple different DME partners, Elvie is hoping its new pump can easily get to the moms who need them.

“We are bringing women’s technology out of the dark ages and are committed to designing cutting-edge products at accessible prices in order to do so,” Tania Boler, founder and CEO of Elvie, said in a statement.

“We know the majority of women in the U.S. buy breast pumps that are covered by insurance, so we created Elvie Stride to better meet their needs today. No other pump offers mobility, quietness, connectivity and efficiency, along with a premium design at a fully reimbursed price point, and we can’t wait to put this game-changing technology in the hands of more women!”

Earlier this summer, Elvie raked in an $80 million Series C funding round. At the time, the company teased a new product launch that was coming later in the year.

Elvie isn’t the only company developing tech-enabled breast bumps, though. Willow also has a line of smart wearable pumps. Last year, the company brought in $55 million in a Series C funding round.

Naya Health was another player in the space after its smart breast pump scored FDA clearance in 2016. But just two years later, the company fell off the grid.

On the whole, femtech is accelerating like never before. Frost & Sullivan predicts the global femtech market will reach $1.15 billion by 2025, although it anticipates most of the upcoming growth will come from areas outside of reproductive health.