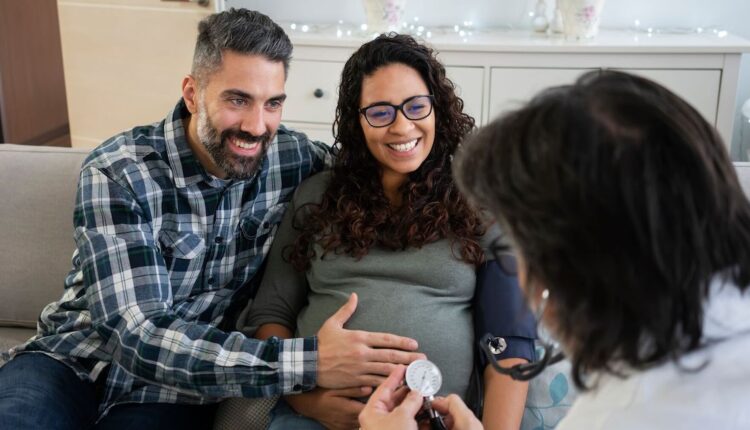 Maternal health startup Cayaba Care scooped up $12 million in a Series A round led by Seae Ventures and Kapor Capital.

Other participants in the round include Wellington Partners, Citi Impact Fund and Rhia Ventures. Founded in 2020, Cayaba Care launched in August with $3.2 million in seed funding.

The startup works with local providers and obstetricians to offer home-based or virtual support services for pregnant patients. They can join on their own or be referred to Cayaba, where they’re set up with a care navigator who can coordinate behavioral healthcare, lactation support, social service navigation and urgent care.

“We’re built to be sort of a home-based extension of the practice, and to bring our staff members – we call them maternity navigators – into patients’ homes to help address some of the clinical needs they might have, social determinants of health needs and behavioral health needs all within their communities,” Dr. Olan Soremekun, CEO and cofounder of Cayaba Care, told MobiHealthNews.

Cayaba plans to use the investment to hire more staffers, improve its technology platform and expand into new markets. The company currently operates in Philadelphia and New Jersey.

As the startup considers new cities, Soremekun said Cayaba is looking to build partnerships with obstetricians and other providers as well as payers and local health departments.

“I think we always start with the population. We spend a lot of time actually being local to understand those needs, meeting with key stakeholders. I just spent time in Mississippi and Jackson, and we met with moms, OB providers, Medicaid agencies,” he said.

“And so there’s a true commitment to actually understand what are the needs of those communities. Once we feel that our solution actually fits in well, the next step in the process is to truly align partners.”

Maternal care in the U.S. lags behind other wealthy countries, resulting in worse outcomes for mothers. According to the CDC, 861 women died of maternal causes in 2020 compared with 754 in 2019. The maternal mortality rate is nearly three times higher for Black women than for white women.

Severe maternal morbidity, or outcomes from labor and delivery that have significant short-term or long-term effects on the mother’s health, increased nearly 200% between 1993 and 2014, largely driven by the need for blood transfusions.

Other tech-enabled companies that aim to improve maternal healthcare include Mahmee, which announced a $9.2 million Series A last week; Babyscripts, which added another $7.5 million to its Series B in November; and Ovia Health, which was purchased by diagnostics giant Labcorp last year.

“We started this journey two years ago. We recognized that there was just such a need,” Soremekun said. “I think the investments that are happening in maternal health are just a recognition that we’ve underinvested in such a critical, critical life event for a significant part of the population.”

‘I Want to Reset My Brain’: Female Veterans Turn to Psychedelic Therapy