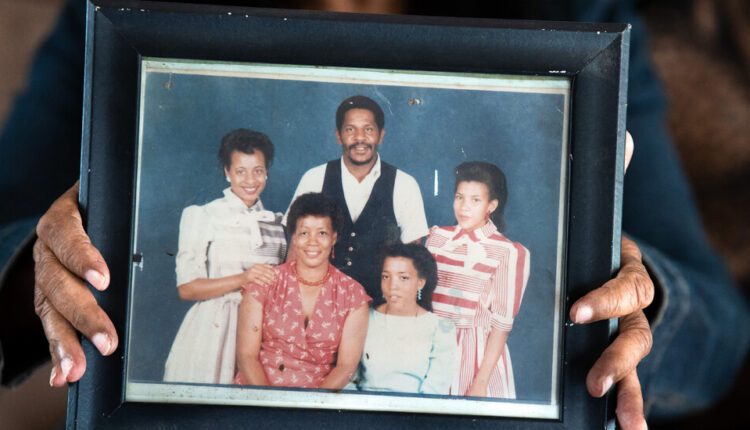 A Racial Disparity in Schizophrenia Diagnoses in Nursing Homes


The share of American nursing home residents who are recorded as having schizophrenia has soared over the past decade. As The New York Times reported last month, the change is driven in part by a surge of questionable diagnoses.

A 2012 government effort to reduce unnecessary antipsychotic drug use in nursing homes included an exemption for residents with schizophrenia. Since then, the diagnoses have grown by 70 percent. Experts say some facilities are using the schizophrenia loophole to continue sedating dementia patients instead of providing the more costly, staff-intensive care that regulators are trying to promote.

The impact of this has been more severe on Black residents, a new study in the Journal of the American Geriatrics Society has found. Since the new rules went into place, Black Americans with dementia have been 1.7 times as likely as their white nursing home neighbors to be diagnosed with schizophrenia, said Shekinah A. Fashaw-Walters, a public health researcher at the University of Minnesota and the study’s lead author.

Black nursing home residents are already more likely to live in facilities that rank lower in numerous quality measures, she said, and now face higher health risks of being misdiagnosed as schizophrenic to justify antipsychotic prescriptions. For residents with Alzheimer’s disease and other forms of dementia, antipsychotic drugs increase the risk of infections and falls, and double the risk of death, studies have shown.

“I wanted to look at that increase in schizophrenia by race to see if this policy had a differential effect,” she said.

The findings align with past research on schizophrenia diagnoses. Among all age groups, clinicians are already more likely to misdiagnose a patient as schizophrenic — and more likely to prescribe antipsychotics — if they are Black, said Stephen Strakowski, vice dean of research at the Dell Medical School at the University of Texas at Austin.

“When clinicians talk to a Black or white patient who look otherwise similar symptom-wise, they overemphasize psychotic symptoms, delusions and hallucinations, relative to other symptoms in Black patients compared to how they do with white patients,” he said.

“So it wouldn’t be a terrible surprise that if you now incentivize the diagnosis, the difference will be magnified.”

Experts have long been concerned about nursing home drugging. The National Partnership to Improve Dementia Care began in 2012 after years of research showed that antipsychotic medications were widely used in nursing homes despite warnings from the Food and Drug Administration about the potential harms.

The partnership includes federal and state agencies, nursing homes, advocacy groups and caregivers. It supports caring for dementia patients without drugs. This approach often requires substantial staffing and additional training, whereas antipsychotic medications can make it easier for nurses and aides to handle difficult-to-care-for residents and costs less.

The partnership called on state inspectors to look more closely at prescribing practices and to issue citations for unnecessary drug use. The prescription rates are counted in official statistics that the government uses to help rate facilities, a five-star system that serves as a consumer guide for families choosing a nursing home.

On the surface, the partnership has had a significant impact, boasting a hefty reduction in the share of residents being given antipsychotic medications. But The Times’s report found that more than half of the officially reported reduction in drug use was attributable to the increase in schizophrenia diagnoses from the loophole in the new rules.

Responding to The Times’s reporting last month, Catherine Howden, a spokeswoman for the Centers for Medicare and Medicaid Services, said: “It is unacceptable for a facility to inappropriately classify a resident’s diagnosis to improve their performance measures. We will continue to identify facilities which do so and hold them accountable.”

Nursing homes have increasingly become a provider of last resort for the nation’s most vulnerable citizens, and some of the increase in prevalence of schizophrenia diagnoses could be driven by the movement of schizophrenia patients into nursing homes from other institutions.

But many experts say the schizophrenia exception is a major factor. The exemption was created because antipsychotic medications are still considered the best treatment for many people with the disorder. But schizophrenia is almost always diagnosed at a young age, and the increase among older residents since the rule went into effect is hard to otherwise explain. When government investigators looked at the medical claims history of nursing home residents with schizophrenia diagnoses in 2018, they found that one in three had no history of treatment for the disorder.

It wouldn’t be the first time that incentives had unintended consequences for nursing home behavior. One reason the drug rate grew so much in the first place, other researchers have found, was in reaction to an earlier government crackdown on the use of physical restraints.

Research has repeatedly shown that Black Americans tend to receive less care, and often worse care, than white Americans across a range of health problems. Professor Fashaw-Walters says more attention is needed on how this plays out for older African Americans and other people of color. Too often, she said, policies are thought of as “colorblind” when in fact they might contribute to inequities.

“There is such an increased risk with antipsychotics for all sorts of adverse outcomes, whether it’s falls or death,” she said. “This national partnership could be implicated in some of these adverse outcomes. That’s the kind of scary part that I think about the most.”